Call and Book Your Hotel Now!

The city of Prague has had a glorious journey from being just a settlement in Vyšehrad to one of the most loved cities in Europe. We have documented this journey in great detail for you to understand and discover. 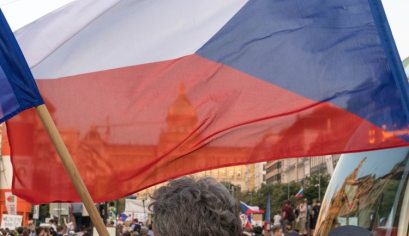 Before the arrival of the Slavs certain regions of Prague were inhabited by Celtic and German tribes. The name Bohemia came from the Celtic Tribe called Boii, which is still used today for the western part of the Czech Republic.

During this period, two Slav tribes inhabited both sides of the Vlata River. The Czechs and the Zlicanis built wooden fortresses on their sides but were not at peace for long, when the nomadic Avars marched in and ruled the area. However, when the Frankish trader Samo united both Slav tribes the Avars were eventually driven out.

Prague was part of the short-lived Great Moravian Empire until the Czechs finally broke away from it. Around the 870’s Prince Borivoj built the Prague castle. Soon after this, the area around the Castle fledged into an important trading centre, where the merchants from all over Europe came together. In 1085, Vratislav II became the first Czech king. In 1170, the first stone bridge was built (Judith Bridge) over the river Vltava (which collapsed in the year 1342 and a new bridge, Charles Bridge took its place in 1357). Otakar became King and granted royal privileges on Staré město or the Old Town, and in 1257 Malá Strana or the Lesser town came into existence by Otakar II.

In 1310 the Holy Roman emperor John of Luxembourg became King of Bohemia.

The city bloomed in the 14th century under the Luxembourg dynasty during the reign of Charles IV, as Prague became one of Europe’s largest and wealthiest cities. During this period, Hradčany was established around 1320 and in 1338 the Old Town hall was established. In 1342, the Judith Bridge collapsed in a flood which was replaced by the Charles Bridge in 1357. In the year 1348, Nové město or the New town was found and the Charles University, the first University in Central Europe, was established. In 1355, Charles IV was elected as the Holy Emperor and Prague became the capital of the Holy Roman Empire.

The 15th century is marked by religious conflicts between the Hussite and the Roman Catholic Church in Bohemia. This was caused by Jan Hus’s church reform movement which eventually led to his conviction and his death, provoking the Hussite preacher, Jan Zelivsky, to rebel. Catholic councillors were thrown down from the New Town Hall and Prague was then ruled by certain Hussite committees. Many historical monuments were destroyed and Prague Castle was also damaged in this era.

In 1526, the Habsburg dynasty ruled over Prague and Prague Castle was reconstructed. In 1575, Rudolf II was crowned as the Holy Emperor. During this period, Prague evolved as the centre of science and alchemy and was nicknamed "Magic Prague". Many famous scientists were attracted to Prague during this time. Also following the fire in 1541, Hradčany and Malá Strana were rebuilt and much of the beautiful architecture erected still remains to this present day.

The Dark Age began in the 17th century with uprising protests from the year 1618. The ‘Second Defenestration of Prague’ (two Habsburg councillors and their secretary were thrown down from Prague Castle.) This led to the Thirty Years’ War, harming much of Europe and particularly Bohemia where many people died.

In 1620, the Battle of the White Mountain took place and the Protestants were defeated leading to the loss of Prague's independence. Saxons occupied Prague and Swedes moved into Hradčany and Malá Strana in 1648. Other areas were damaged and the population in the city declined by more than 50%.

Prague was divided into four independent urban areas (Staré město/Old Town, Lesser Town/Malá Strana, Hradčany and Nové město/New Town) in 1784, under the rule of Joseph II. During this time, the National Revival, a Czech nationalist movement began that brought the Czech language, culture and identity back into existence.

The Industrial Revolution boomed in Prague. Many industries were established during this period. In 1845, a railway was started which connected Vienna to Prague. In 1850, Josefov was recognised as one of the historical centres of Prague. The National Theatre was opened in the year 1868, and in 1890 the National Museum was established. The city also experienced a rise in population.

In 1946 the communists (KSC) became the dominant party and formed a coalition government with other socialist parties. In 1948 the communists seized power and many democrats fled the country. In the 1950’s the country suffered harsh repression and decline, Stalin style practices adopted by the KSC (Communist Party of Czechoslovakia) proved to be more damaging than anything. Eventually, those in charge of the KSC were executed.

The Czechs’ relations with Germany and Austria in the year 2000 were tense due to the Czechs’ refusal to remove the Temelin nuclear power station in southern Bohemia. Also, the removal of German Sudetens after World War II, stripping them of their Czechoslovakian citizenship, still remains an issue. Despite political apologies, German Sudetens are still prevented by law from re-claiming their property.

Vaclav Klaus (right wing) became the second president in 2003 and again reelected in 2008.

In the year 2002 many buildings and underground transport system got damaged due to extensive floods in Prague.

Prague in One Day